A charismatic south metro man with autism is a bit of a legend at Chrestomathy, Inc, with a past laden with aggressions. Other people have gotten hurt.

But staff didn’t give up on Aaron Lind, who came here right out of high school in 2001, explains Program Director Chris Pritchard at the nonprofit’s Dakota County site in Burnsville. Now in his late 30s, Lind is thriving in a community-based program, and at work.

What’s his secret, his outlet, his focus? Lind writes glowing letters with requests to companies on Fridays.

The idea, Pritchard said, fed the goal of motivating him to show up for work five days a week. “We don’t care if he burns the building down. On Friday afternoon, he can write a letter to anybody he wants,” said Pritchard.

Answers and gifts pour in

Lind wrote to a coal mine in North Dakota asking for a bag of the stuff. The company sent it. He wrote to another firm, asking for a stop sign. A duck crossing sign showed up with his name on the package. He wrote to Old Dutch Foods. They sent bags of potato chips in every flavor. About three-quarters of the companies he writes to respond.

The participant often asks for tours, and gets them. Pritchard goes along. His latest snail mail went to the makers of Life Savers (more on that treat below).

Lind’s style on paper mimics his in-person manner. He asks lots of questions, and often repeats back what the other person is saying.

“His aggressions have really gone down,” said Pritchard, “Aaron has had a lot of ups and downs over the years.” At one point, Pritchard and his staff tried to help him through a long period of noncompliance.

Listen to his interview on KFAI Radio 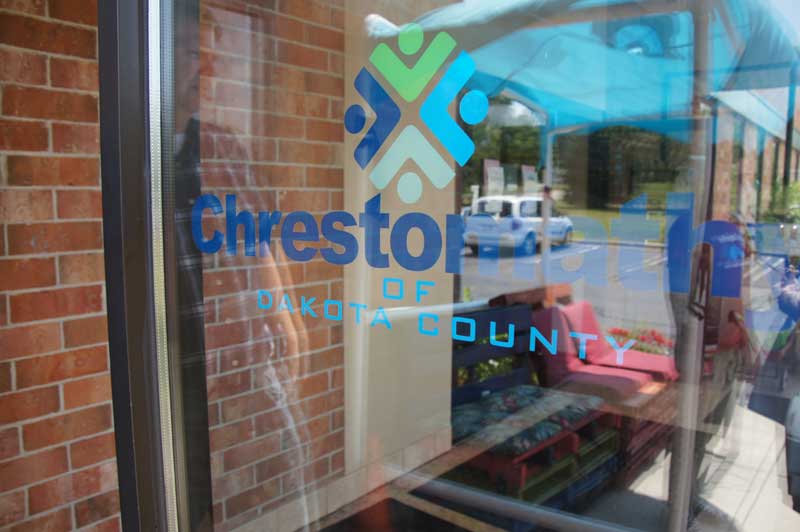 For three years, he stood in a small square area by a doorway at Chrestomathy, the program manager explains. That’s where he was, sometimes looking into the hall, for six hours a day. Staff tried new approaches, often offering him things that he liked.

They met with Lind’s parents, who are very involved, and tried different things. “I asked Aaron, ‘What’s going to get you out of this funk? What can we do?’” recalls Pritchard. Lind said he didn’t know. In the meantime, people would often “tiptoe” around him.

Others have said that working in this field requires highly complex people skills, understanding and patience.

The 22-year Chrestomathy pro said it took a lot of mutual respect to make progress. “He and I have had it out many times,” said Pritchard. “I’ve referred to it as the dance together.” Pritchard was unsure why Lind was mad in the first place.

Plain speaking and practical, Pritchard continued the work he so enjoys.

“Now we’re both too old for this stuff. Let’s go for a walk.” They see the mail man, and talk to the FedEx guy. There was no “aha” moment, he said.

Pritchard often shows his staff that this is who Aaron and others are, and it’s not personal.

Lind has sat and talked with Pritchard’s children. “I wouldn’t do that if I thought he was going to hurt them,” he said. 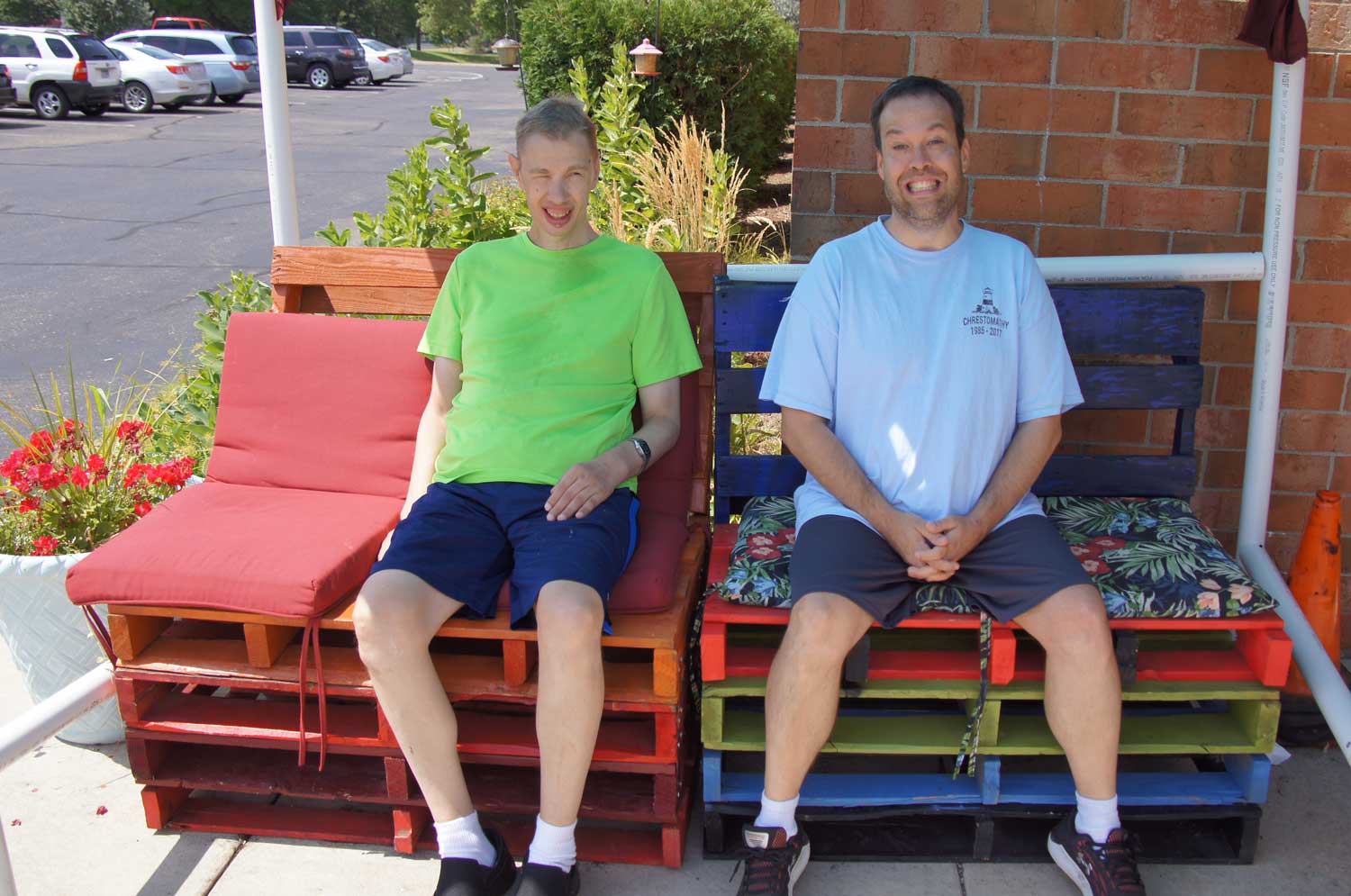 A lot of guys at Chrestomathy have community jobs, said Pritchard, but there are challenges. “I got a new pack of smokes and I’m not coming in today,” said one. This sets up an ethical dilemma. Does Chrestomathy send a staff member to do the job?

“I’ve heard that it’s controversial, if they’re going to lose their jobs, they should just ‘lose it’ kind of a thing,” said Pritchard. Chrestomathy operates on a case by case basis, and, most of the time, participants keep the work.

Almost ironically, the nonprofit’s flexibility and adaptive approach helped Lind to find and maintain a weekly job. It was his inquisitive letter writing that opened the door.

Dictating to a staff member, Lind penned a note to a Bloomington-based heavy equipment company, Ziegler CAT. He asked for a tour.

About six months later, a call came from a Ziegler staff member representing a vice president and the president of the company, Pritchard explains.

For two hours, Ziegler’s owners showed Lind around the service side of the operation. “They went through everything,” said Pritchard.

Lind asked a Ziegler owner if he could work there. He said, “Sure.”

The participant’s father had worked at a water treatment plant, and used to take him there, so there was a passion for this type of environment, Pritchard explains.

So, every Wednesday, for three or four years, Lind cleans in the parts department at Ziegler’s engine rebuild facility off Interstate 35-W. Pritchard is his job coach.

“He knows all those parts. He knows where they go, what the trucks are for- it was unbelievable,” said Pritchard.

Four or five coworkers come over and give him a fist bump handshake, and he’ll often sit down for lunch with them after his shift, the director said. “It’s very genuine.” Pritchard tells Lind’s supervisor that this isn’t charity and to correct him on things.

Ultimately, Lind’s “autism rigidity,” was tempered. On rides home with other participants, not getting dropped off first used to cause a problem, said Pritchard. “Now, he says, ‘That’s fine,’ it doesn’t even phase him anymore.”

The director said Lind has many relationships with people who aren’t “us,” meaning staff. One involved workers at a neighboring company that makes jet fuel pumps for the Koch refinery. Lind connected well by sharing his knowledge, which put him on a level playing field, Pritchard said. He was trusted to try running a sandblaster and paint equipment. “A lot of that is on him, because he’s an interesting guy.”

Community interaction can be spontaneous and simple here, and it happens a lot. Lind and other participants will hop in a van and head to the neighborhood car wash. They go inside and get the code for the machine. The clerk behind the counter, Henry, offers some pleasant banter.

“How have you been?” Henry asks. “It’s been a good summer so far,” says Lind. “I haven’t seen you all summer,” the clerk responds.

“There are two codes, there’s a car wash code for you, Chris,” says Lind.

“You guys are beautiful. Glad to see you. Bye, bye, see you later,” says Henry (which he likely says to all his customers).

Whether a van is dirty or not, in the rain and in the snow, Pritchard takes groups to the car wash, frequently. He’d rather spend time with them than sit in meetings.

Something as simple as a van ride helps the staff and participants to build relationships, he says. “You turn the radio off and talk about stuff,” said Pritchard. “Or, you don’t say anything and just exist together. That’s OK, too.”

The sprayers begin, there are comments about the smell of the soap and the subject rolls back to Lind’s next letter. “I’m going to write to the candy factory,” he says.

They reminisce about a tape recorder that Lind used to carry around. He recorded jokes into it and played them back. “Many times,” says Pritchard, “Yeah, you had that thing for years.”

Sometimes, all you need to do is ask

Returning to base, there’s some banter, and Lind heads inside to dictate his next letter to Supervisor Joe Plante. Some repetition has been removed. He begins:

This is Mr. Lind here. Talking to you, Mars Candy company. Make some Life Savers candies there. Mr. Lind is talking to you.

I want some candies from you, please, from the company there- some candy, please.

I love cherry flavored ones, too- my favorite candies.

I would also like some Life Savers please. I want butter rum flavors of Life Savers too. A bag of Life Savers, too, cherry, lime flavored, lemon flavored . . . Name all the names of candies and flavors, please. Please send all the different flavors to me, Mr. Lind, please.

Lind continues on for several minutes, an envelope is addressed to the company in Virginia, and later mailed.

“Essentially, you’re opening a letter from somebody who thinks you have the coolest job in the world,” said Pritchard. “He’s very focused. If you let him, he’ll have 20 pages of questions.”

In it for the long game

There were times at staff briefings, Pritchard said, when others would ask, “Why not discharge him? What’s the point?” The veteran leader refused to give up.

Pritchard had the long-term end game in mind. He has a saying, that “We are who we are, and right now, it’s the best we’ve got to offer is who we are.”

The director said it’s been neat to see things falling into place. “It’s like you’re just kind of following him through his journey.”

MOHR will report back if the makers of Life Savers fulfill Lind's request.

(A MOHR member, Chrestomathy, Inc. is a specialized, therapeutic day program providing individualized services to 44 participants with intellectual disabilities in Burnsville, with a typical staffing ratio of 1-to-2. The nonprofit also has program sites in Minneapolis, and in Eden Prairie, which serves as its headquarters. Chrestomathy also has a number of community job placements across the Twin Cities.) 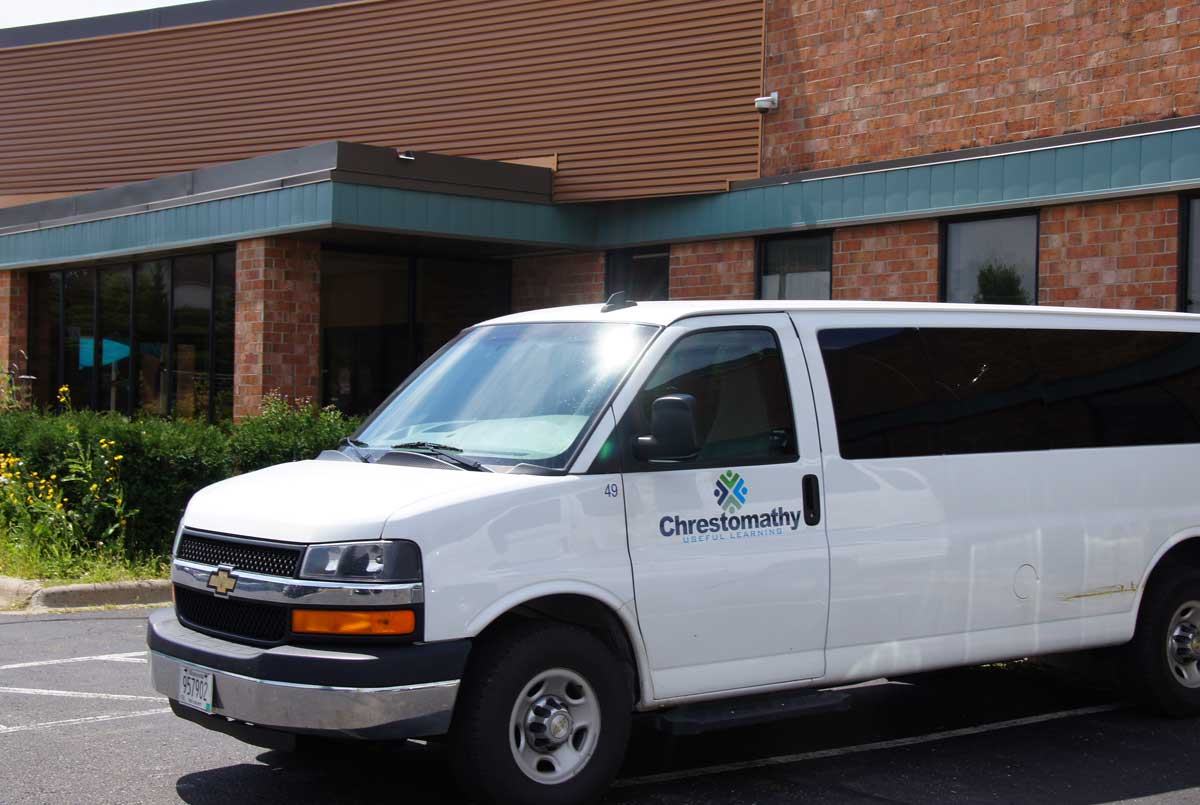